Malaria, caused by parasites in the genus Plasmodium, is by far the most significant vector-borne disease of man with 200 million clinical cases and 500,000 deaths each year. The heaviest burden is in sub-Saharan Africa. Why is Africa hit so hard?

There is no simple answer to this question. Certainly economic and political issues are major contributing factors, but there are biological factors that also contribute, in a major way, to the African malaria problem. Plasmodium falciparum is the most lethal malaria parasite of man and the most common parasite in Africa. Malaria in Africa is transmitted by three of the most important and potent vectors: Anopheles arabiensis, A. coluzzii and A. gambiae. Aspects of the ecology and behavior of these species result in their being exquisitely disposed to transmitting malaria parasites and well adapted to resist efforts to control them. Research being conducted at the Vector Genetics Laboratory at UC Davis is aimed at understanding the genetics of natural populations of these species.

The mosquito, Aedes aegypti, is the most potent mosquito vector of viral pathogens in the world. This species, which has a global distribution, transmits Dengue, Yellow Fever, Chikungunya and Zika viruses. The wide geographic distribution of this species is attributed to its propensity for being transported by human activities, such as travel by train, ship, automobile and airplane and to its ability to thrive in association with anthropogenic habitats, including large urban centers. It was though that the dry climate in California explained the absence of this species here, however, in 2013 A. aegypti was introduced into central California and has become established and is currently spreading throughout our state. The VGL has become engaged in studying the genetics of A. aegypti in California both because the species poses a significant public health threat and because studying this species affords us the opportunity to explore the genetics of an invasive species, which is of broad interest in general.

The UCD Vector Genetics Laboratory (SVM) is collaborating with the UC Irvine Malaria Initiative (UCIMI) and the UC San Diego Tata Institute for Genetics and Society with the goal of developing field sites in Africa for the evaluation of genetically engineered mosquito (GEM) vectors with gene drive that are incapable of transmitting malaria parasites.  The UCIMI GEM employ a highly efficient CRISPR/Cas9 gene drive system to drive a dual effector gene construct through natural mosquito populations in what is referred to as a “population modification” strategy. The effector genes will render mosquitoes incapable of transmitting malaria parasites and the drive will spread these genes to near fixation in the population into which they are introduced. 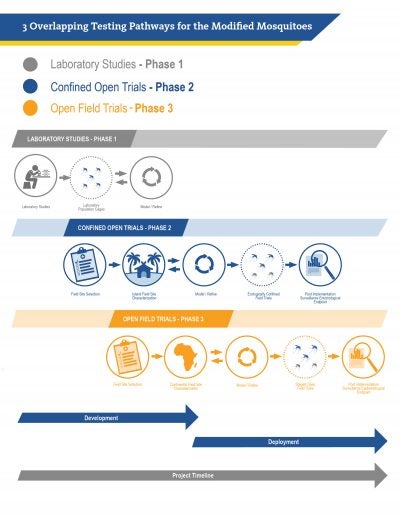 UCIMI is committed to WHO guidelines for testing genetically modified organisms, which state that there are three overlapping test pathways/phases: laboratory studies, confined open trials, and open field trials.

Extensive laboratory studies have been conducted at UCI and UCSD as part of phase I, and now the modified mosquitoes are ready to be tested in the field.  UCIMI has partnered with the UC Davis Vector Genetics Laboratory to apply the science to the field.

VGL has completed an exhaustive site selection process culminating in the identification of two optimal candidate field sites: The Republic of São Tome & Príncipe (STP) and the Union of the Comoros.  We have initiated engagement with key stakeholders, identified collaborative partners for field and engagement activities, and have signed partnership agreements with the Ministries of Health, at both sites to begin entomological and community engagement work.

The entomological field work includes establishment of laboratory colonies from locally collected mosquito vectors which will be used for obtaining critical data describing their bionomics, for assessment of insecticide resistance and eventually for genetic manipulation by our collaborators at UCI and UCSD. Concurrent with this laboratory work we will collect baseline entomological data to be used to generate fully parameterized models to inform GEM design, plan trial logistics and insure biosafety. All entomological field work will be conducted in partnership with the National Malaria Control Programs at each African field site.

Adult and larval mosquito specimens will be collected twice during peak rainy seasons (early and late) and once in the dry season from many different sites, on all islands, at both STP and the Comoros, to provide comprehensive information about mosquito species composition, densities, and the dispersal characteristics of Anopheles. Individual mosquito DNA extractions will be used for genotyping assays to determine mosquito species, insecticide resistance genotype, parasite infection status, and blood source for each individual mosquito. We will use individual-level whole genome sequencing data to understand movement between sites (villages) on each island, between islands, and between the islands and nearest landfall of both field sites. These data will provide critical information regarding (1) the likelihood of success of GEM released at the field sites, (2) the development of a mitigation strategy in the event it becomes desirable to remove the GEM, and (3) the assessment of potential risks that could undermine the success of our effort such as reintroduction of malaria infected mosquitoes into the field site from the mainland. 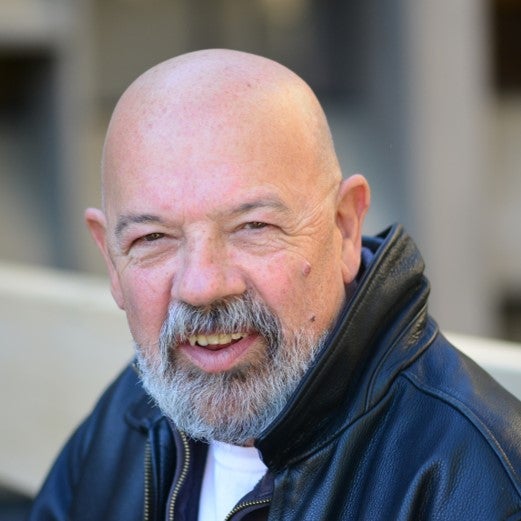 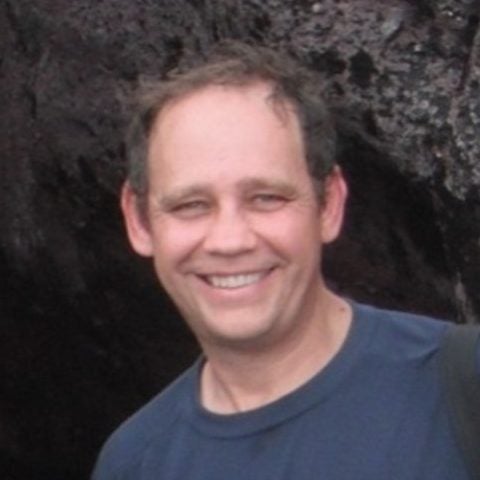 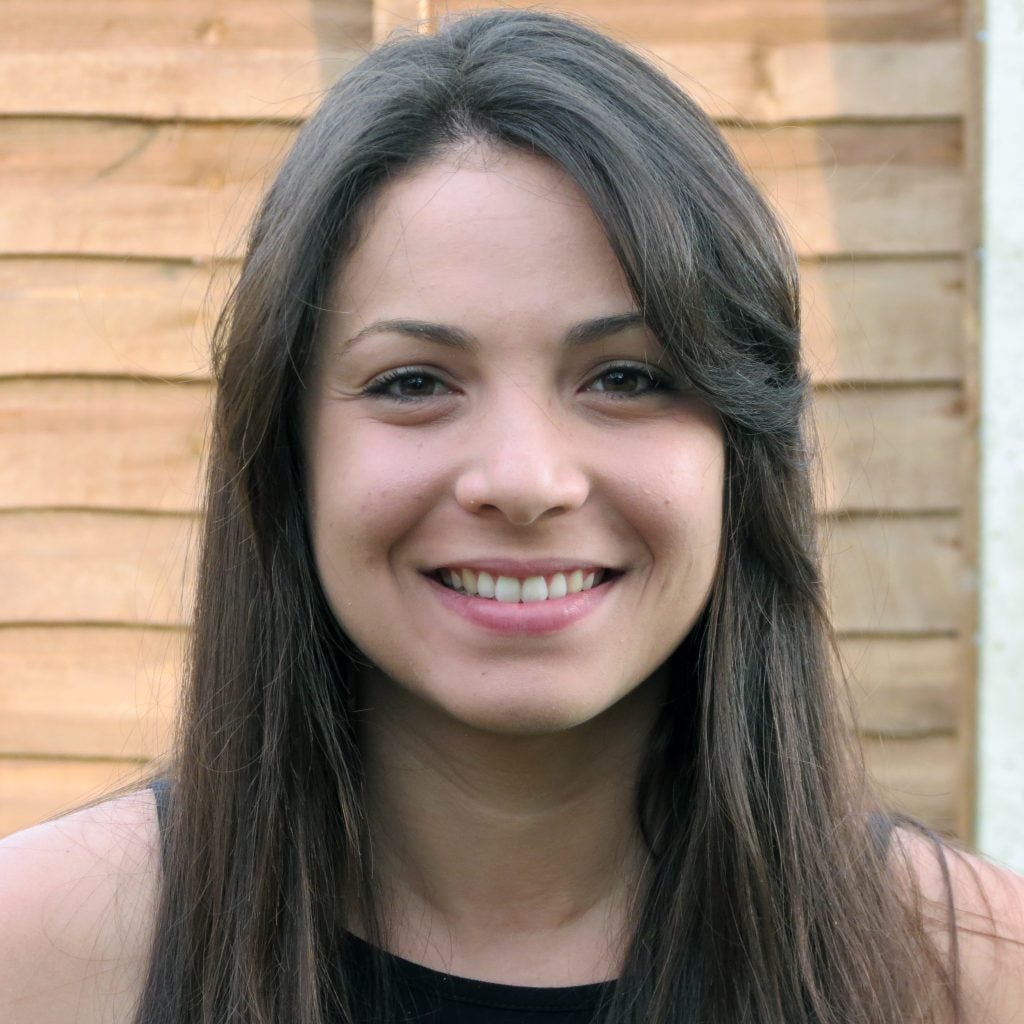 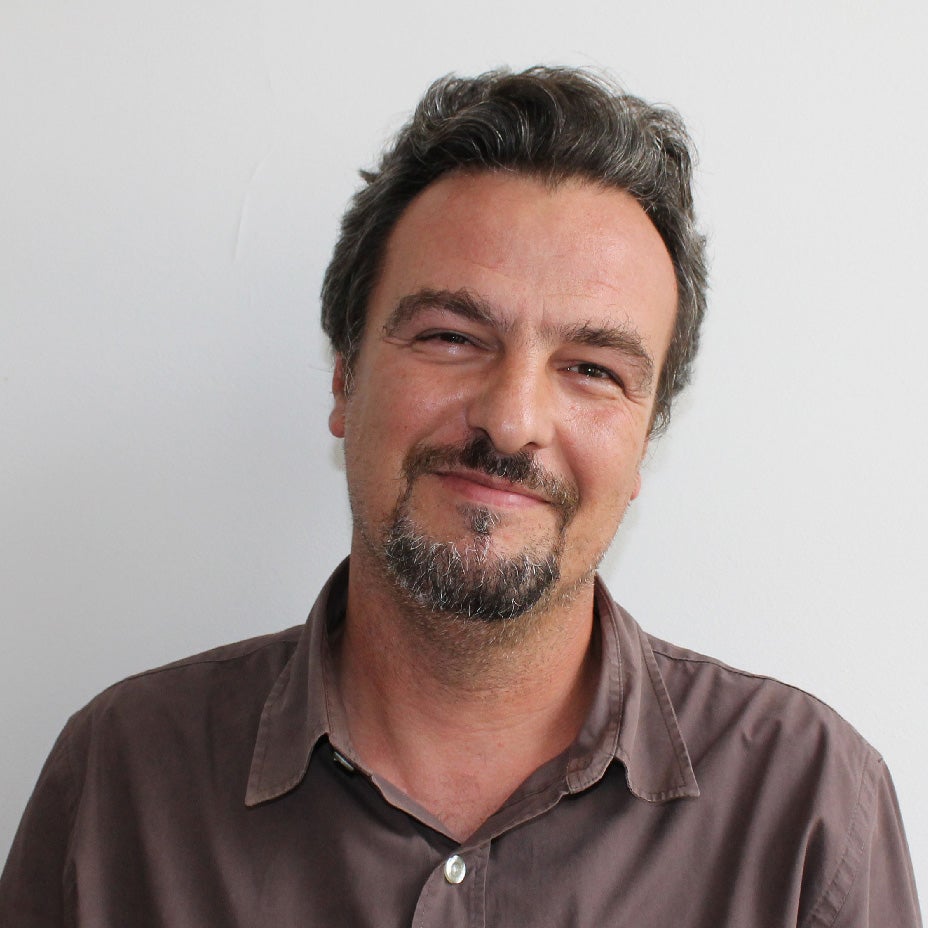 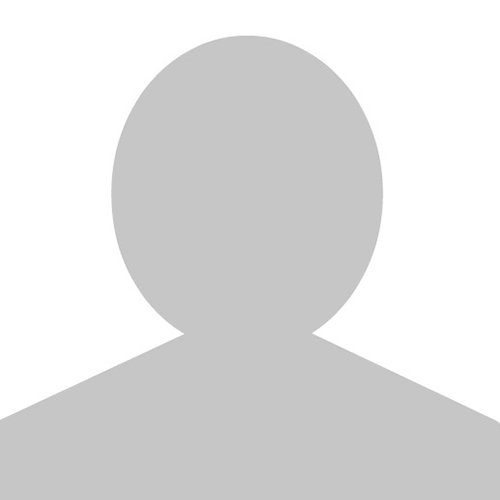 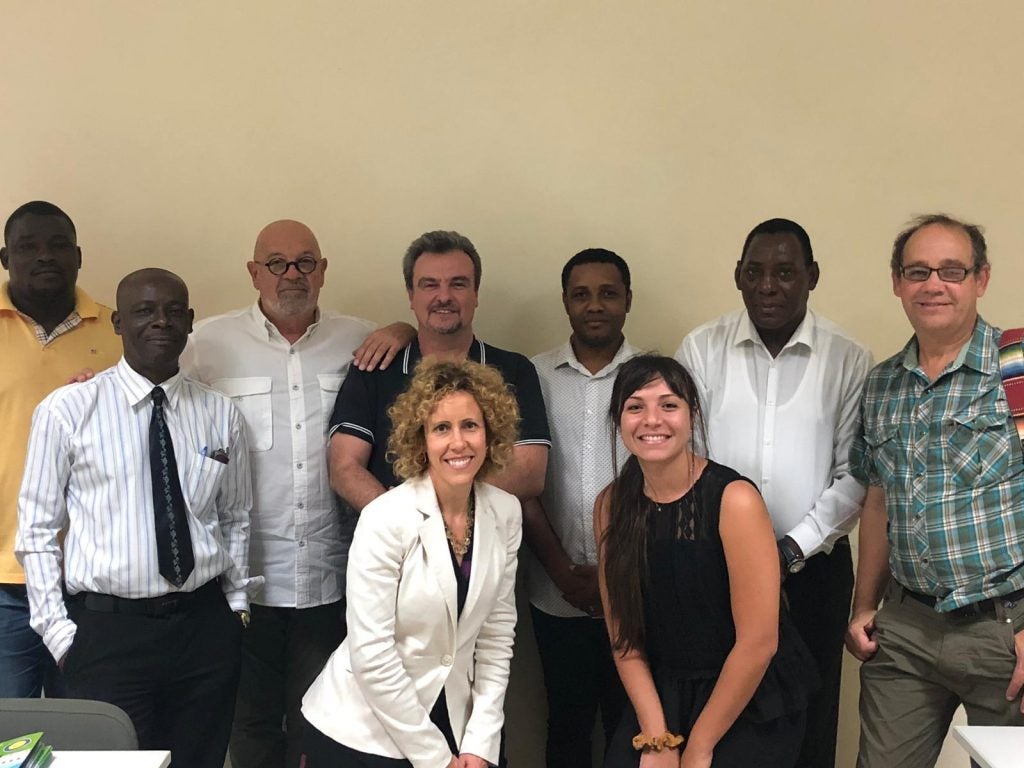 Engagement at the African Field Sites

The goal of engagement at field sites is to build support and understanding for the project and project goals, ultimately leading to community and stakeholder acceptance of a PHASE 2 field trial that includes a release of genetically engineered mosquitoes (GEM). We apply an approach to engagement that is based on open communication and relationships that build understanding and support for the science; the relationship-based model. We define a relationship-based approach as one that is driven by community members and stakeholders and recognizes that the health needs of the affected population are the priority. It is also defined by open and consistent communication and coordination between the field biology and community engagement teams.

The relationship-based model uses communication strategies that foster trust and transparency and builds on the strengths of the existing infrastructures. In applying the concept that the community is our primary partner and driver of outcomes and decisions, we will work in direct partnership with existing malaria education programs, health educators, NGO’s, and collaborate with local experts and leaders to conduct community assessments, build capacity of educators and public health professionals, and work with local community members, health educators and stakeholders to develop educational tools, resources, and awareness activities and events. Local engagement teams at each field site will be identified, trained and supported to provide malaria education and UCIMI project information in the communities.

Engagement also includes regulatory engagement in an effort to establish a regulatory pathway for each field site country with the goal of obtaining permission to conduct a WHO PHASE 2 field trial involving the release of GEM into the island environments. 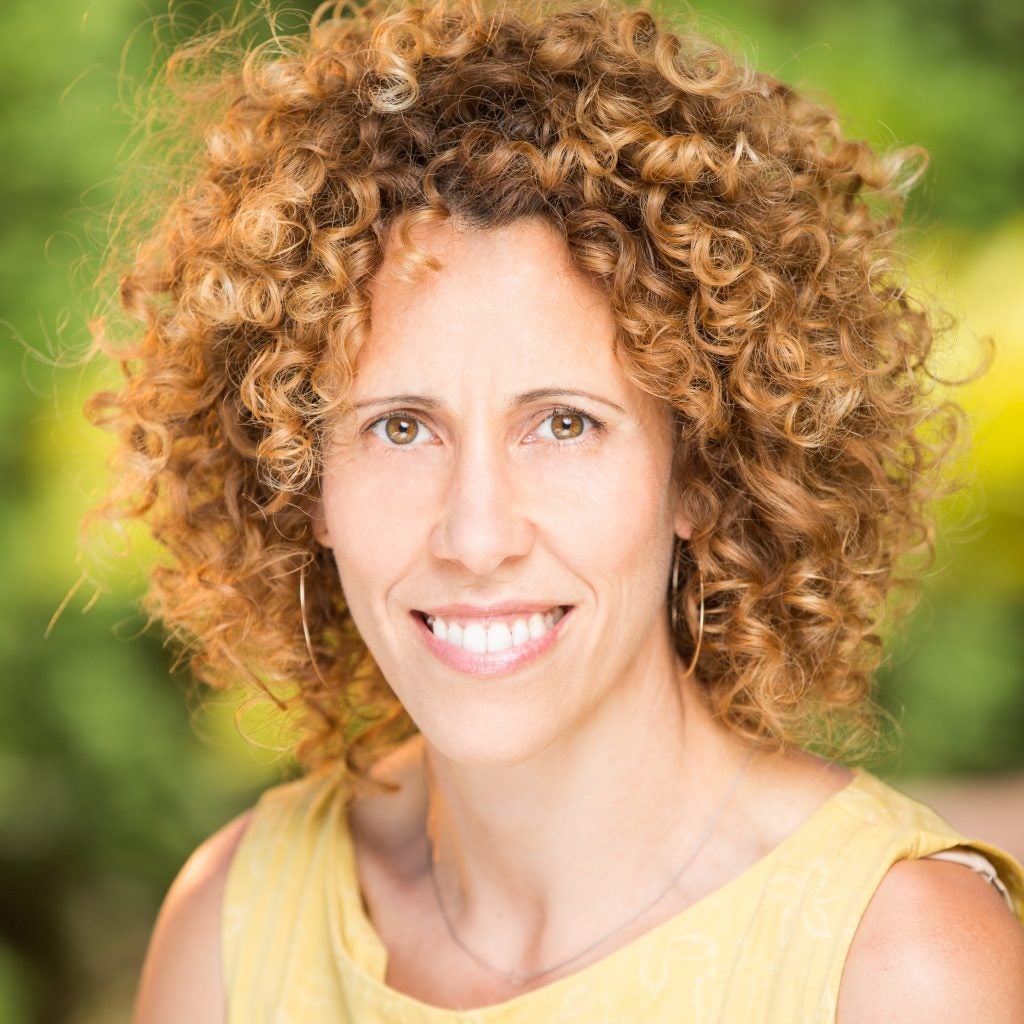 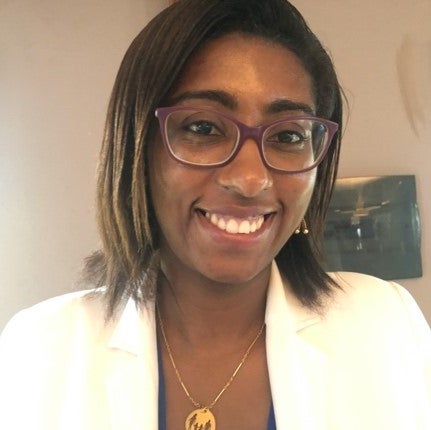